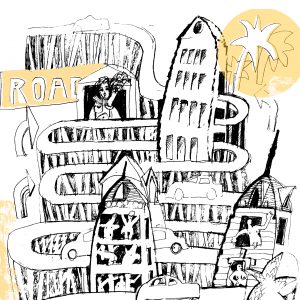 Opening to the public (without a preview reception) during regular Gallery hours.
Special guest lectures, screenings and events to be announced as confirmed.
Bob Rauschenberg Gallery at FSW

Fort Myers, FL:  Florida SouthWestern State College is delighted to extend our celebration of the literary King of the Beats with back-to-back Jack Kerouac-related shows.  Following the success of our Jack KEROUAC & Ed RUSCHA: On the Road exhibition (extended through Saturday, August 25th), the Bob Rauschenberg Gallery at FSW is proud to present The Art of Peter GREENAWAY & Jack KEROUAC from September 14th through December 8th.  Pairing more than fifty of Kerouac’s paintings and unique works-on-paper (on loan from a private collection in Switzerland) with newly-commissioned, ”On the Road”-themed drawings by legendary British filmmaker Peter Greenaway, this exhibition provides the first and only opportunity in the United States to see a major survey of the visual art output of the seminal Beat poet/author and the iconoclastic, cinematic genius he has inspired.

Subject of solo visual art exhibitions and site-specific installations at the Fundació Joan Miró in Barcelona, Rijksmuseum in Amsterdam, Boijmans Van Beuningen Museum in Rotterdam, and the Musée du Louvre in Paris, Peter Greenaway trained as a painter for four years before beginning to make his own films in 1966.  His first feature, “The Draughtsman’s Contract” (1982), received much critical acclaim and established the director internationally as one of the most important and original film makers of our time.  Mr. Greenaway’s adventures in cinema have starred such distinguished actors as Helen Mirren, Ewan McGregor, Julia Ormond and Ralph Fiennes and with the resounding success of “The cook, the Thief, his Wife & her Lover” (1989), “The Pillow-book” (1996) and many others, his reputation as a visionary with a cult-like following secured his prominent place in the historical canon.

For Jack Kerouac, art was a refuge – an escape and means of expression when words failed or seemed impossible.  As the poet declared in 1956, “I only paint beautiful things.”  But, by 1959, Kerouac had established his own self-imposed artistic rules including: “USE BRUSH SPONTANEOUSLY,” “PAINT WHAT YOU SEE IN FRONT OF YOU. NO ‘FICTION’” and “STOP WHEN YOU WANT TO ‘IMPROVE’ – IT’S DONE.”  Willem de Kooning, Franz Kline and Larry Rivers (who also appears in the classic Beat-era film “Pull My Daisy”) were among Kerouac’s closest circle of friends.  While his lover at the time, the artist Dody Muller, would recall, “He admired, envied, and was awed by the painters.”

This exhibition is made possible by the generous support of the Stanton Storer Embrace the Arts Foundation and The Beaches of Fort Myers and Sanibel, and with loans from Il Rivellino LDV, Peter Greenaway and the Luperpedia Foundation.

“The Art of Peter Greenaway and Jack Kerouac” – The River Weekly News (September 14, 2018) 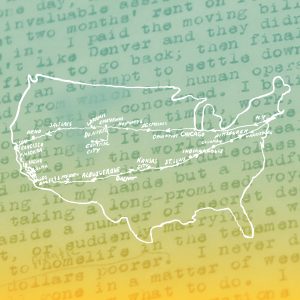 Florida SouthWestern State College is honored to announce the opening of Jack KEROUAC & Ed RUSCHA: On the Road at the Bob Rauschenberg Gallery with a public preview reception on Friday, June 29th from 6-7pm and a special performance by legendary Kerouac-collaborator David Amram from 7-9pm. Pairing renowned West Coast Pop/Conceptual painter Ed Ruscha’s illustrated edition of the classic Kerouac novel with the author’s original 1951 manuscript for the first time, this groundbreaking exhibition brings together two of 20th Century America’s most visionary and influential artists.

Single-spaced without paragraph breaks on a continuous 120-foot-long paper scroll, the late, great writer Jack Kerouac completed this first draft of “On the Road” and forever defined the restless Beat Generation with his 1928 Underwood Portable typewriter at over 100-words per minute in just twenty caffeine- and Benzedrine-fueled days.  Praised by Allen Ginsberg as “a magnificent single paragraph, several blocks long, rolling, like the road itself.” “It’s about a group of crazy young people who just travel back and forth across the United States,” according to Ed Ruscha. “Sometimes they hitch-hike and sometimes they drive cars. They steal cars and just want to be on the road…”

Long-engaged with visualizing the poetry of our vernacular roadside, Ed Ruscha was born in Omaha, Nebraska in 1937, but left his hometown of Oklahoma City at age 18 – rolling into Los Angeles in a customized 1950 Ford – to study painting, photography, and graphic design at the Chouinard Art Institute (now CalArts). A friend and collaborator of Bob Rauschenberg, Ruscha’s work has been widely collected and shown extensively by major museums around the world – including representing the United States in Italy at the 2005 Venice Biennale.

As is evident in this exhibition, Ruscha’s entire career has offered an artistic corollary to Kerouac’s linguistic portrait of the American landscape. Acknowledging the romantic vision of the road as epitomized by the Beats, Ruscha invented the “artist’s book” in the 1960’s with his inexpensively-printed and self-published deadpan photographic musings on the evolving urban environment of Los Angeles.  His aptly-titled “Twenty-six Gasoline Stations” (1963), “Every Building on the Sunset Strip” (1966) and “Royal Road Test” (1967) – which documents the prankish destruction of a vintage typewriter as tossed at ninety miles per hour along US Highway 91 from a ‘63 Buick LeSabre – perfectly compliment the car parts, jazz instruments and sandwich stacks that Ruscha found, appropriated or photographed to illustrate his 2009 limited edition (Gagosian Gallery and Steidl published) update of Kerouac’s “On the Road.”

Our opening night performer, David Amram, is an American treasure who started his musical career in the early 1950’s playing in the National Symphony Orchestra (Washington, D.C.), as well as in the legendary jazz bands of Charles Mingus, Dizzy Gillespie and Lionel Hampton.  In 1957, he created and performed in the first ever Jazz/Poetry readings in New York City with novelist Jack Kerouac, a close friend with whom Amram collaborated artistically for over twelve years.  From 1964-66, Amram was the Composer and Music Director for the Lincoln Center Theatre (until Leonard Bernstein appointed him as the first Composer in Residence at the New York Philharmonic.  Regularly crisscrossing the United States and Canada, Amram has traveled the world extensively, working as a musician, conductor and multi-lingual storyteller in over thirty-five countries including Cuba, Kenya, Egypt, Pakistan, Israel, Latvia and China. The subject of the feature-length documentary film, “David Amram: The First Eighty Years,” and author of three highly acclaimed memoirs, “Vibrations” (1968, 2007), “Nine Lives of a Musical Cat” (2009), and “Offbeat: Collaborating With Kerouac” (2005).  As a composer, Amram has collaborated with Elia Kazan, Eugene Ormandy, Arthur Miller and Langston Hughes, and as a musician with Thelonious Monk, Odetta, Bob Dylan, Willie Nelson, Betty Carter, Arlo Guthrie, Pete Seeger, Tito Puente, Hunter S. Thompson and Johnny Depp.

This exhibition is made possible by the generous support of the Stanton Storer Embrace the Arts Foundation and The Beaches of Fort Myers and Sanibel, and with essential loans from Jim S. Irsay, Ed Ruscha and Gagosian Gallery. 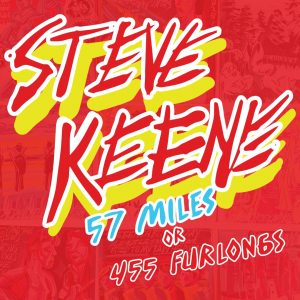 Opening to the public with a reception for the artist on Thursday, April 12th from 6-8pm, this exhibition will run through June 9th.

Fort Myers, FL: Florida SouthWestern State College is proud to present “Steve KEENE: 57 Miles or 455 Furlongs” – a newly commissioned, site-specific installation at the Bob Rauschenberg Gallery by the “World’s Most Prolific Painter.” Dubbed the “Assembly-Line Picasso” by Time magazine (when his work was featured in 1997) and having created more than 300,000 paintings over the last 35 years, Steve Keene (born 1957) is a Yale University educated, Brooklyn-based artist who believes in mass-producing hand-painted artworks for the masses.

Like his exhibition “The Miracle Half-Mile” at the Santa Monica Museum of Art in 2000 (where Keene completed more than 10,000 pictures over the two-month run of the show), the internationally-acclaimed painter will be working on-site at the Bob Rauschenberg Gallery for two-weeks prior to his 6-8pm public opening and reception on Thursday, April 12th. Inspired by Rauschenberg’s self-contained retrospective “The ¼ Mile or 2 Furlong Piece” (which was world-premiered in three-sections at the Bob Rauschenberg Gallery from 1983-86), Keene estimates that his exhaustive output since the 1990’s (if paintings were placed side-by-side) would extend more than 57 miles (or 455 furlongs) in length.

Famous among indie-rock fans for designing album covers for bands including Pavement and The Apples in Stereo, Steve Keene has painted instruments, video and concert stage sets, as well as promotional and tour posters for the likes of Soul Coughing, Merzbow, The Klezmatics and the Dave Matthews Band. In addition to features on National Public Radio and in the pages of The Wall Street Journal, New York Times, Los Angeles Times, LA Weekly, Filter and Spin Magazines, the artist has had major solo exhibitions at Moore College of Art in Philadelphia, Rice University in Houston, the Museum Ludwig in Cologne, Germany, the Linden Centre for Contemporary Art in Melbourne, Australia, and the Czech Centre in London. Yet, at a monumental and continuous 8 x 200 feet in length, the painter’s planned installation for “Steve KEENE: 57 Miles or 455 Furlongs” at the Bob Rauschenberg Gallery at FSW will be one of his most ambitious and immersive projects to date.

This exhibition is made possible by the generous support of the Stanton Storer Embrace the Arts Foundation and The Beaches of Fort Myers and Sanibel. 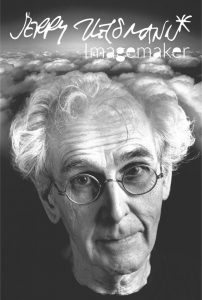 Fort Myers, FL: Florida Southwestern State College is pleased to present “Jerry UELSMANN: IMAGEMAKER” – a broad survey of more than 75 original photographs including never-before seen work – opening with an artist’s lecture and reception at 6pm on Thursday, January 11th at the Bob Rauschenberg Gallery. One of the most celebrated photographers of his generation, Uelsmann’s work has been the subject of major monographs and exhibited in more than 100 solo shows in the U.S. and abroad over the past five decades.

While Bob Rauschenberg famously focused on working in the “gap” between art and life, Jerry Uelsmann claims to work “out of himself” and often at “an almost precognitive level” – having “gradually confused photography and life.” Employing as many as a dozen negatives and multiple enlargers to create a single photograph through complex and laborious darkroom techniques he pioneered in the 1950’s and ’60’s, Uelsmann is internationally-renowned as the (pre-digital) master of composite imagery and photomontage. “The goal of the artist,” according to Uelsmann, “is not to resolve life’s mysteries, but to deepen them.” His photographs are in the permanent collections of the most prestigious museums worldwide, including the Metropolitan Museum of Art and the Museum of Modern Art in New York, the Chicago Art Institute, the International Museum of Photography at the George Eastman House, the Victoria and Albert Museum in London, the Bibliotheque National in Paris, the National Museum of American Art in Washington, the Moderna Museet in Stockholm, the National Gallery of Canada, the National Gallery of Australia, the Center for Creative Photography at the University of Arizona, the Tokyo Metropolitan Museum of Photography, and the National Museum of Modern Art in Kyoto.

This exhibition is made possible by the generous support of the Stanton Storer Embrace the Arts Foundation and The Beaches of Fort Myers and Sanibel.