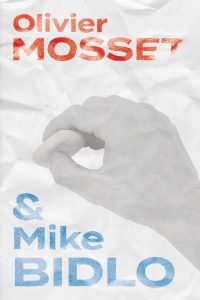 Florida Southwestern State College is honored to announce the opening of Olivier MOSSET & Mike BIDLO a site-specific installation of drawings and newly-commissioned paintings at the Bob Rauschenberg Gallery.  Given the unprecedented circumstances and on-going worldwide health crisis, the safety of our students, faculty, staff and community has been and will remain our top priority. 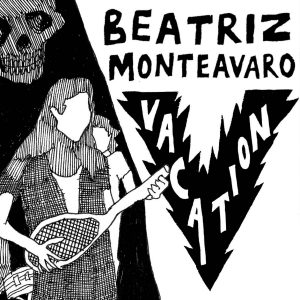 Opening reception with special guest appearance by The Go-Go’s co-founder Jane Wiedlin and performance by Beatriz Monteavaro and Steph Taylor from 6-8pm on Thursday, January 16th.

Florida Southwestern State College is delighted to announce the opening of Beatriz MONTEAVARO: VACATION at the Bob Rauschenberg Gallery with a public reception and special performance on Thursday, January 16th from 6-8pm. Surveying more than two decades of drawings, designs for concert flyers to comics/zines and large-scale art objects, this immersive installation takes its title from the 1982 Billboard Top 10-charting single and RIAA Gold-certified studio album of the same name by seminal “all-female” Punk/New Wave group, The Go-Go’s.

The heroines of several adventurous and densely-drawn narratives included in the exhibition, The Go-Go’s are recurring characters in the work of Beatriz Monteavaro and provided early inspiration for the artist and four of her teenage friends to pay tribute to the band by dressing-up as the band for a Halloween show in the 1980’s. Fulfilling a childhood dream and literally coaxing one frequent subject of Monteavaro’s art to life, the Rauschenberg Gallery is pleased to welcome The Go-Go’s co-founder Jane Wiedlin during the reception for this one-night-only “in-person” appearance.

Beatriz Monteavaro is an artist and musician whose work is influenced by monster movies, science fiction, Disneyworld (especially it’s themed Adventureland area, a mid-century representation of Africa, Asia, Polynesia, and The Caribbean), and music scenes including the 1970’s English punk and the Miami underground surrounding Churchill’s Pub, which she has been a part of since 1991.

Monteavaro plays drums for SAAVIK and is one half of the band Holly Hunt. She has a solo sound project called Ellen Ripley. Monteavaro works at a record store, which she considers part of her practice. The artist lives and works in Miami.